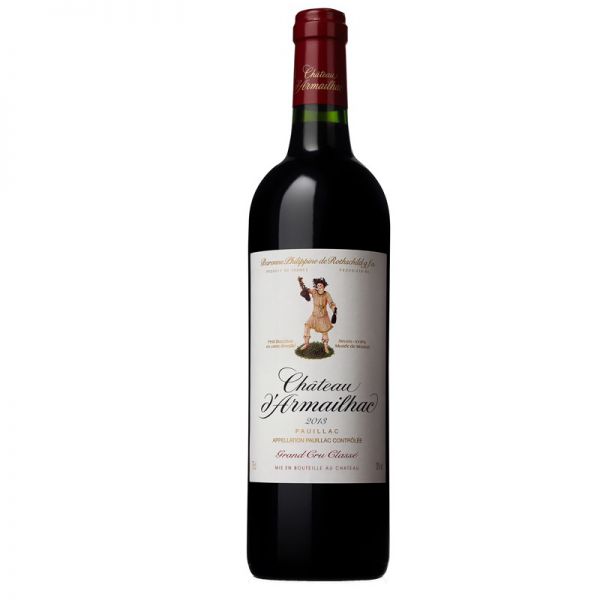 2013 will be remembered for its changeable and capricious weather. A cold and damp winter followed by a cool and wet spring held back the vegetation cycle and affected flowering.

In striking contrast, July and August were particularly hot and sunny, with considerably less rainfall than the average. Peak temperatures of 38° C caused violent storms in late July.

The water shortage continued in September, encouraging the grapes to ripen evenly. The Cabernets were promising and overall the grapes achieved satisfactory sugar levels with good potential acidity.

The harvest at Château d’Armailhac began on 1 October and ended on 14 October, with exceptional help from Baron Philippe de Rothschild employees, who were invited to come and swell the ranks of the regular pickers. Over 130 staff members responded to the appeal and on 9 October, 695 meals were served in the harvesters’ refectory, an all-time record!

Sorted with painstaking care, the grapes were transported from the picking baskets to the gravity-fed vats in the Château d’Armailhac vat room.

Although yields were among the lowest of the last 20 years, draconian selection ensured high quality. The 2013 vintage has been tended, fashioned and fine-tuned so as to get the very best out of the grapes.

The wine is a garnet red with a bright, violet tint.

The nose is pleasant and fresh, displaying notes of fresh fruit and crisp redcurrant aromas.

The attack is firm and elegant, followed by a substantial and ample mid-palate.